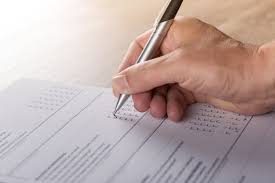 With millions of US households personally directing their retirement savings, the Investment Company Institute (ICI) has sought to track retirement savers’ actions and sentiment. The attached report, the 13th in this series, summarizes results from a nationally representative survey of Americans aged 18 or older. The survey was designed by ICI research staff and administered by NORC at the University of Chicago using the AmeriSpeak® probability-based panel. This report presents survey results that reflect individuals’ responses collected during November and December 2020.

The survey polled respondents about their views on defined contribution (DC) retirement account saving and their confidence in 401(k) and other DC plan accounts.

Survey responses indicated that Americans value the discipline and investment opportunity that 401(k) plans represent and that individuals were largely opposed to changing the tax preferences or investment control in those accounts. A majority of respondents also affirmed a preference for control of their retirement accounts and opposed proposals to require a portion of retirement accounts to be converted into a fair contract promising them income for life from either the government or an insurance company.

If you have any questions or concerns we’d love to here from you. You can call us or email us by clicking on the button below.

TRG has been a key partner in the UBMD Family Medicine 401k plan for over 12 years, providing assistance with fiduciary and investment services. The TRG team has always provided us with excellent advice, guidance and customer service. Any one of them will make themselves available to you whenever needed. We are very thankful for their help and support!